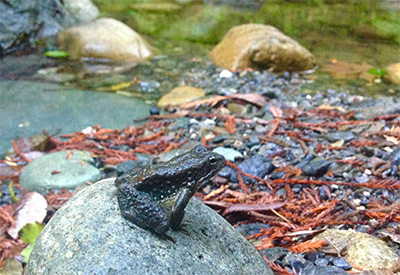 In my last year of high school I lived with my family in St. Croix, USVI, in a neighborhood called Estate St. George. It was west of the middle of the island but not all the way west. It had been, like many St. Croix neighborhoods, an old sugar estate, and near the entrance to our road the ruins of the great house and the old sugar plant still stood, in the process of being restored as a sort of historical park. But it was still partly being hacked out of the guinea grass that grew in the fields where the cane used to grow.

Our house was uphill from the great house, in a relatively new subdivision of houses that were probably built in the 1960s. It faced south, looking across the cane fields at a stand of woods, beyond which was pretty much more empty fields and then the sea. Nothing. Above us on our street the road eventually turned back downhill without penetrating further into St. Croix’s central mountain range. So we were, in effect, on a hillside.

You must imagine a very quiet place—no traffic to speak of, except one neighbor or another slowly driving by. A half a mile’s walk in any direction led you into thickets of woods or dense growths of guinea grass.

But at night we would hear music. It came from the bottom of the hill northeast of us. Over there was a public housing project called “The Grove” and, near to it, a drive-in movie theater that was slowly going out of business—would have already, perhaps, had it not rediscovered itself as a nightclub and concert venue. The prevailing wind, blowing from the east, would carry the sounds right into our bedrooms, late into the night.

The bands had names we had never heard of before and mostly never heard again: One group I remember was called “Milo and the Ten Sleepless Nights.” I used to think that they just let anybody play there and concluded that there was an insatiable demand for local bands that nobody had ever heard of, because apparently crowds of people were turning up for these shows every weekend. I was missing something—that some great music was being played there and that was why the crowds were showing up. It was really that simple. But things that simple were hard for me to get in those days.

So perhaps you need to understand another thing about St. Croix in those days; it was a very socially segregated society. The native Virgin Islanders and the down-islanders mixed socially, but they did not mix with the State-siders, mostly white, who had settled on the islands. Neither group mixed much with the Puerto Ricans who made up a huge part of the population there.

My brother and I socialized with the State-siders, mainly because we went to school with them. Our fathers—engineers, many of them—all worked at either Martin Marietta’s bauxite plant or at the Hess oil refinery.

Within the communities of the two plants there were exceptions to the segregation, but the general pattern was that way and, within the plants, professionals and their children didn’t mix it up much outside of work with the blue-collar people. A considerable number of the blue-collar workers at both plants were from down-island, from Antigua, Martinique, Trinidad, St. Lucia, St. Vincent, every island in the Eastern Caribbean. The accents! Among them, probably, were some who sent greetings home via Radio Antilles.

But their world was socially separate from the one my brother and I were born into and separate from the one in which we found ourselves in St. Croix. Young and sheltered, feeling imprisoned, we lay in our rooms at night and listened to the sounds that drifted over from a nightclub where for any number of reasons we would not have dared to go. Thankfully, we are both over that foolishness!

The voice of the MC would be perfectly loud and clear as if he were shouting into the mike not far from our windows. And the music would come too.

One night my brother made a tape recording of the music. He kept it for years, the way he does with a few precious objects of almost no value but great personal significance like his 40-year-old pillow. One night, years after we had left St. Croix for good, he played it for me and my mother at our apartment in California. What we noticed first was the roar of crickets and night creatures, peeper frogs, geckos, the whole singing buzzing chirping peeping grunting humming animal kingdom of the night. And sort of weaving faintly but clearly through it, the music, so very distinctly itself, so insinuating, so sweet, and, on those nights in St. Croix, all we had heard.

That tape recording happened because my brother, who was what you could call a “late bloomer,” suddenly developed a passion for music—specifically, this music. And somehow at the same moment he sort of stepped forth fully formed as it were out of his solitude—it was like he wasn’t going to pretend to be an adult till he could do it perfectly—and found a social life and friends among a bunch of Creole-speaking down-islanders. He even learned to dance, a thing that I never imagined would happen—he was very shy and very withdrawn and, as a teenager, hardly spoke. But when he started to dance to this music, it was as if he had done it all his life.

His passion for this music was like an obsession; he found the record shop where these songs were sold, and he bought the records and listened to his favorites over endlessly. There was one surreal night when I went out in a group with my cousin Mike, my friend D, and her brother and sister for a night on the town. D and her brother and sister lived next door to us; they were Jamaican and worked at the plant too, but they were strict Baptists and played hymns on the piano and spent almost the whole day in church every Sunday.

But D had now been at college for a year and rebellion, smoldering quietly for years, had finally broken out. We all went to meet our other friends at a nightclub in Frederiksted where a sort of reggae rock band was playing. This strange wild tall thin man in a big hat was the lead singer and he had the whole place spellbound.

Around 2 a.m. we returned home, D having put away a decent quantity of vodka-mixed-with-something-dreadful but still clear-headed, just angry. Their father met them at the door when we pulled up and forbade them to enter the house. These were the good kids! Now they were really angry. So they all came trooping over to my house (my father and stepmother were off-island and the woman they had left to housesit had gone off with her boyfriend), and we sat up late into the night and D, angrier than all the rest of them put together, steadily worked away at a bottle of vodka and then nearly got into a fight with her brother when he tried to take it away, which was only a brief interruption to the way she was mainly passing the time: brooding and playing this one song (I think it was a Barry Manilow song), on the stereo, over and over.

It was about this time that my brother arrived home from his late night out, his head full of romance and Creole music. “You have to listen to this,” he said, and he put on one of his favorites and then, as if he couldn’t help himself, began dancing, short shuffling steps and the most discreet but totally committed swinging of the hips done to perfection. All of this with that simplicity and single-mindedness that are my brother’s two leading characteristics baffle everyone who knows him. The fact that half the B. children had been kicked out of their house for going out drinking at night and were now camped out in our living room was just, well, an opportunity for him to listen to this wonderful song. They were tired and cranky and they didn’t want to listen to it, and he simply couldn’t understand it, he was sure they would be thrilled when they heard it, so completely abandoned to it he was.

My brother had fallen in love with a musical genre that had only been in existence for about three years: cadence. This music came into existence in the Creole-speaking islands of the Eastern Caribbean—in Martinique, Dominica, St. Lucia, Guadeloupe. They added something to Haitian music, which was of course sung in Creole also. But it is a distinct sound. It came from Dominica, which in the early 1970s was an even smaller more remote and sleepier place than it is now. Zouk is a later form of it, but this was the original, the raw material. It wasn’t all that far in time or place from the instant when the spark struck and it went from being village music to world music. Now, it seems like a wonderful gift to have been able to experience it just coming in through the window as simply as the sounds of peeper frogs.

Eventually despite his best care my brother lost the tape and the records in his adventures somewhere. And that was that. Then a couple of months ago he got an iPod. Since he realized that he can find cadence on the Internet he has been on an obsessive quest, finding all the old songs on obscure music sites, a few on YouTube, and sending links to me: “You’ve got to listen to this,” as if 30 years hadn’t passed. Once again, it’s all he talks about.

The groups he likes best are Grammacks (probably the best known of them), Exile One, and Reflex. There are others, though, and this is his area of expertise, not mine, so I’m sure I’m missing some. But I found that hearing those songs was like a kick in the head. They had gotten inside of me too. We’ve both got them on our iPods now, unfortunately without the singing of the night creatures. I try to imagine them back in, though.