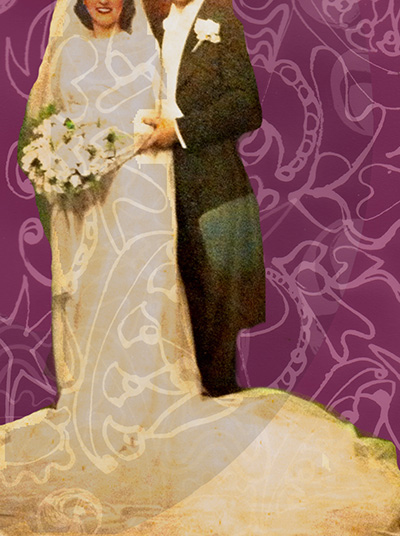 Dove walks into Paradise Palms, balancing a five-pound box of chocolates along with a king- sized Twix bar and a jar of red licorice. She drops the box of chocolates off at the front desk, telling Lara the receptionist that they’re for anyone who stops by, and continues walking until she reaches Room 1176. Taking a deep breath to steel herself, telling herself it won’t be like the last Sunday, Dove pastes a smile on her face.

The fragile husk of a woman, almost comically doll-sized in the massive bed, cap of gray-white hair serving to emphasize her facial features – wide eyes, a button of a nose, and a pointy chin – stares at her. “Who are you?” she imperiously demands. She sounds like an empress: haughty, untouchable, and at the top of the world.

“I’m Dove. I come visit you sometimes.” It’s the easiest way to start, something she learned from trial after trial.

“Well. I suppose I could entertain a visitor.” Marguerite nods at the girl shortly. Her bones ache, she’s thirsty, and she’s been lying alone for hours. Moreover, she can’t reach the glass of water on her nightstand. She eyes it meaningfully.

Dove sets down the candy and hands the glass of water to Marguerite carefully. She sips and hands it back, hands shaking a bit. Dove doesn’t remark on it, but her heart breaks a little bit more. These visits sometimes lead to her weeping quietly in her car as she drives away. Today feels like one of those days. But she puts the glass of water back and smiles. “So, how are you doing today?”

“As well as can be expected. I’m 89 years old, you know,” she declares proudly.

“Wow,” Dove nods, trying to seem impressed. Actually, she’s 83. Every time Dove comes, she can’t help thinking optimistically before opening the door that surely this time will be better. Surely this time Marguerite will remember more. Maybe she’s just seen The Notebook far too many times, but she can’t believe that Marguerite won’t have magic moments, at least one. One moment when she’s fully aware of herself, when she remembers, remembers at last everything she’s lived through, the people who love her. One moment, is that so much to ask for?

Every single time within the first five minutes, Dove’s optimism deflates, like a balloon popped by a cruel child with a bobby pin. Only there is no one to blame, which makes it even harder. Nothing to do but keep her head up, try her best even though her best will be all but meaningless by tomorrow.

“I don’t want to talk about myself, though. So, Dove, do you have a young man?” Marguerite’s eyes brighten in anticipation. She doesn’t remember her name sometimes, doesn’t remember where she is. She might not remember Dove tomorrow, let alone this conversation, but she always asks about love – love and relationships – without fail.

Dove hesitates, not knowing how to reply. She and Tyler have been seeing each other for a few months, but their relationship hasn’t been established. She likes him, sure, and she thinks he likes her, too, but the words “boyfriend” and “girlfriend” (as well as “relationship”) haven’t been mentioned, at least not yet. “Not exactly,” she hedges. Same answer as last time, and the time before that.

Dove laughs, half-amused, half-exasperated. Marguerite tells her this every time she doesn’t recognize her. “Thank you.”

Marguerite shrugs expansively. “Don’t thank me. I’m only telling the truth. You are a pretty girl. There are lots of pretty girls. One day you’ll all wake up, and you won’t be. But you’re not thinking of that yet. I was the same way. I was beautiful back in my day. See that picture?”

She points to the largest, most prominent of the group of framed pictures on her bureau. It’s a beautiful young woman in a red dress laughing, eyes brightly bold. “That’s me.”

“You were stunning. Who’s that?” Dove should know better, but points to a picture of a toddler in a white dress, flashing a dimpled grin, holding on to a younger Marguerite’s hand.

“That’s – that’s.” She falters but recovers momentarily, “My niece, Mimi.”

Her two nieces are named Amanda and Iris. She’s grasping at straws, plucking names out of fragmented memories.

“Oh? She’s adorable. How old is she now?” Dove feels cruel – maybe she’s the cruel child popping her own balloon – and guilt pricks her conscience, but she can’t help herself and continues the charade, wanting to poke and prod and see exactly what her grandmother remembers of her.

“Twenty-five. She’s married to a doctor,” Marguerite adds. She doesn’t know why she says these things, things she doesn’t know are truth or lies or maybe some mixture of both, like so much of life, but when the world is ever-shifting, when memories are hazy on good days and completely gone on bad days, she lets whatever tumbles out of her mouth out instead of holding it close.

Dove is actually 27 and far from marriage to anyone, let alone a doctor. She wonders if she would find any patterns in Marguerite’s words if she wrote down everything Marguerite said on these Sunday visits, wonders if there’s rhyme or reason or any sense in it. She points to another picture, a graduation picture. A young woman with earnest eyes in a cap and gown – the toddler grown up – smiling hopefully, dimples showing. “And that?”

“My granddaughter, Robin. She teaches the third grade.” Words. They are just words. Truth or lies, maybe it doesn’t matter so much. Maybe in the end everything gets mixed up. They are only words that are said, and she has to say something, doesn’t she? She wants to be sure again, certain of something. She misses that, so much. She is tired, so tired of searching for answers when she doesn’t even know the right questions. She thinks maybe she used to be a woman who was sure of herself, sure of her life. And so she says things in this way, even though she is uncertain. Uncertain words said in a sure manner, but who is she fooling?

Dove’s mother, Viola teaches fifth grade. And Dove does have a cousin named Robin, though she’s a financial analyst at Washington Mutual. Jealousy stabs her. Why does Marguerite remember Robin and not her?

“And the happy couple?” Dove gestures to the wedding picture next to that one, a bride and a groom slicing cake.

“My nephew and his wife, Neil and Marcy, on their wedding day.”

It’s actually Dove’s Uncle Kenneth and Aunt Joan, but Dove merely nods. Suddenly sick of this twisted little imaginary family game, Dove offers, “It’s such a lovely day out. Would you like me to wheel you out to the garden?”

Marguerite acquiesces, and Dove helps her into the nearby wheelchair, tucking an afghan onto her lap. They reach the garden a few minutes later, and Dove breathes in a lungful of air, her first deep breath in the half hour or so she’s been here. The garden, although not exactly pristine with its cracked fountain and scraggly rows of flowers along with a lawn with a few brown patches, is the one place in the entire nursing home she feels remotely at rest. Paradise Palms indeed. She wonders if anyone else shares her sentiment.

Maybe the person who named the place just had a sick sense of humor? No, that would be too callous, too vicious. Maybe whoever named the place just wanted to escape to a sunny beach in southern California or Florida and this was as close as it got. If she could name a nursing home, what would she name it? She’s not sure, but the name certainly wouldn’t involve gardens or paradise. There are enough liars in this world, enough lies. Poor lost souls here, poor lost souls everywhere.

Dove pushes the anti-lock brake on the wheelchair and seats herself at the edge of the fountain, tilting her face up to the sun and enjoying the warmth. Marguerite murmurs, almost to herself, “Fear no more the heat o’ the sun, nor the furious winter’s rages, thou thy worldly task hast done…”

“Who wrote that?” Dove inquires. This is more the grandmother, the beloved grandmother, she remembers from childhood, who recited poetry from memory in the garden she took such pride in. She would be so critical of the garden here, insistent on helping to change it. She would have wanted roses.

“Do you know, I can’t recall,” Marguerite replies, bemused. She doesn’t know where that came from, it just came out like everything else she says these days, but sometimes true words spill forth, too. True words. She might not know herself or anyone or anything else these days, but sometimes she reaches these moments, true moments, moments when she feels like she’s attained some state of grace. Moments when she isn’t fretful and tired anymore, moments when everything else recedes but truth and sunshine.

“Would you like me to read to you? I brought a book of poetry.” Keats, who Marguerite had loved. She had always told Dove that she’d known she would marry her Grandfather Henry the moment he recited Keats to her – Bright star, would I were steadfast as thou art…

Marguerite nods and Dove reads for a half hour or so, losing herself into the poetry. When she looks up, having just finished one of her personal favorites, When I have fears that I may cease to be, she finds Marguerite fast asleep. But there is fitful sleep and restful sleep and this sleep looks restful. Or she hopes, anyway. She always hopes. Dove closes the book and wheels Marguerite smoothly back to her room, managing to tuck her back into bed without waking her. Maybe it’s not one of those cry-in-the-car days after all: no rhyme or reason to it, any of it, but she’s just grateful it was a fairly good day. Grateful that there were no tears, no tantrums this time. No need to call a nurse.

She leaves the Twix bar and the glass of water within easy reach on the bureau next to the bed, scrawls on a Post-it, “Happy Valentine’s Day. Love, Dove,” sticks it onto the Twix, and gathers her things to go.