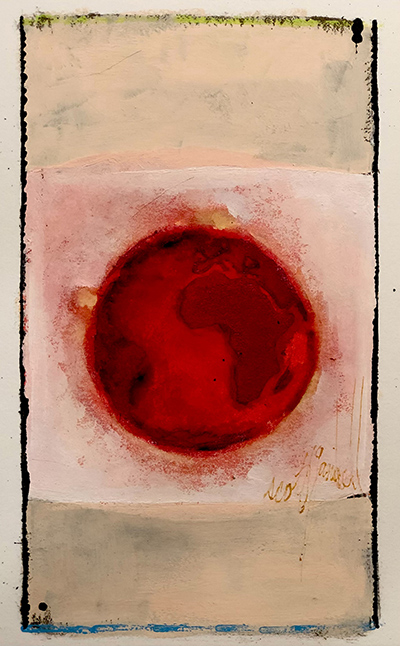 A question I’m often asked at my book events across the country is this: Why do you write?

For me, this question has different answers because the reason why I write has depended on where I’ve found myself in life. I believe that as a writer, I have a life cycle with distinct stages, like a butterfly, and my relationship with writing has changed, depending on which stage I am in.

James Baldwin once said, “You write in order to change the world … if you alter, even by a millimeter, the way people look at reality, then you can change it.”

When I first started to write at 13 years old, I did not have heroic ambitions or lofty dreams for my writing.

Now I do write for all of these reasons and more. But back when I was a young girl, writing for me was simply an act of survival. I wasn’t trying to save the world. I was trying to save myself.

When I first put pen to paper at 13, I was a teenage girl suffering from extreme trauma caused by my immigrant experiences.

I was dealing with the trauma of poverty. I was born in a shack of sticks and cardboard in Guerrero, the second poorest state in Mexico, where 70% of people live in poverty.

I was suffering from the trauma of family separation. By the time I was five, both my parents had immigrated to the U.S. and my siblings and I had to stay behind to live a childhood full of fear—the fear of being forgotten, abandoned, and replaced.

When I was ten, I was recovering from a dangerous border crossing. My father had returned to Mexico and brought me and my siblings to the border. With the help of a smuggler, we ran across. I risked my life to be reunited with my father and entered the U.S. to suffer the stigma of being a “criminal.”

I was struggling with discrimination and marginalization. In my first day at a U.S. school, my 5th grade teacher, on seeing that I didn’t speak English, put me in a corner, built an invisible wall between us, and ignored me for the rest of the year.

Since I was undocumented, I lived in fear of deportation and being separated from my family once again.

I was also struggling to learn English. At school I was being shamed into replacing my mother tongue and becoming English dominant in every sense of the word.

All in all, I was dealing with the trauma of becoming American.

As a teenage girl, I was desperate to find a way to deal with the turmoil I felt inside and find my way through the uncharted chaos of my life.

All through my young adulthood, I knew there was something not right with me, but I didn’t know what it was.

A year ago, when families were being separated at the border due to Trump’s “Zero Tolerance” policy, and then in the fall, with the refugee caravans heading to the border, many articles about immigrant trauma were published. They gave me some insight into what had happened to me.

I learned about toxic stress and how it changes the architecture of the brain.

I learned about how being separated from our parents as children can have a profound impact on our mental and physical health, and our learning and social skills.

As a teenager, the words trauma, toxic stress, anxiety, PTSD, were not part of my vocabulary, so I never used them. I learned to express my feelings through stories.

I wrote to survive. To find meaning in my life. I was writing for me and no one else.

The answer, of course, was a timid no.

Ever since I learned English and was put in English-only classes in the 8th grade, I had become an avid reader, but I was reading books that didn’t reflect my experiences.

Sweet Valley High and The Babysitters Club made me feel like an outsider, always looking in on someone else’s life. I had never read Latino literature and didn’t know that Latinos wrote books.

Diana introduced me to Latina writers such as Helena María Viramontes, Isabel Allende, Sandra Cisneros, and Julia Alvarez. I could finally see myself in books.

I no longer felt like an outsider looking through the window, but a family member invited over for dinner. It was the first time that I felt connected to literature. Those books gave me something magical—the possibility of hope, hope that writing could not only be an act of survival but a career option.

Thanks to my teacher’s encouragement, I became the first person to set foot in a university. I went to the University of California, Santa Cruz, to learn how to be a writer. The university was my cocoon. It was where I learned all about craft, where I acquired the tools and techniques of storytelling, where I learned to nurture my artist-self.

It was where I learned that there’s a difference between being lonely and being alone. I learned to embrace my solitude, to turn inward to find the story. I learned to be brave and follow the story where it needed to go, even if it meant making my wounds bleed again.

I began to write a semi-autobiographical novel in which I was exploring my deepest fear: What would have happened to me if my father had never returned? What would have become of my life? These are questions that haunt me even to this day.

Three years later, in June 1999, when I graduated and became the first in my family to obtain a university degree, I entered my next stage.

After UCSC, I spent four years trying to figure out how to make my dream of becoming a professional writer a reality. Unfortunately, to my dismay, I realized that in my creative writing program we had never talked about the business of writing, just the craft. I knew how to write a book. I didn’t know how to sell it. So after graduation, I had no idea how to find an agent or approach publishers. I didn’t even know what a query letter was.

I actually looked in the classified section of newspapers to see if there were any ads from agents or editors looking to hire a novelist. I discovered that that is not how things are done.

After four difficult years and a bit of luck, I found an agent through a mentorship program offered by PEN—Emerging Voices—to which I had been accepted as a fellow in 2003. My agent submitted my work to twenty-seven publishers. The rejections started to come in, one after another. Twenty-six of them said no. Number 27—an editor at Simon & Schuster—said yes.

Through my writing, I was able to transform myself from being an undocumented immigrant living on the margins of society, to a professional writer who knew she had a place in the world.

I learned what it was like to get paid for my writing. It was a relief to no longer be an aspiring writer but rather, an emerging writer, a debut novelist.

By using writing to transform myself—I realized that I could use it to transform the world—to change it in the way James Baldwin had meant. This was a crucial step for me because how can we push for social change if we, ourselves, don’t know what change feels like within our own being, from deep inside ourselves?

I learned that writing for social justice means having the courage to critique the society in which we live, to be honest about our struggles, to see the world from a more critical perspective, to examine our own personal histories and use those experiences for personal growth; it means accepting the idea that in order to become empowered, you first have to allow yourself to be vulnerable. It means that in order to change the world, you first have to change yourself.

As Gandhi once said, “Be the change you wish to see in the world.”

With this in mind, I wrote another book, and another, and another—all about my immigrant experiences, all offering commentary and insight into the two countries that have shaped who I am—Mexico and the U.S.

Through writing deeply personal stories, I’ve learned the true meaning of the phrase: the personal is political.

After four books published, one of my writing mentors said to me one day: “Reyna, you can’t call yourself an emerging writer anymore…You have emerged.”

And so, reluctantly, I entered the next stage.

In the last twelve years since I have become a published writer—I’ve learned to see writing the way James Baldwin saw it: as a tool to change the way people see the world.

As an artist, I’ve learned to hear the call to action, to be deeply aware of when our society is in distress, of when human rights are at risk. I’ve learned that artists do as Toni Morrison once said: “We speak. We write. We do language and help our civilization heal.”

I have learned to use the power of language, of stories, to fight for my immigrant community, for people of color, for women, to help my community overcome our collective trauma—and when this current administration finally ends, we all know we are going to need some mass-scale healing.

One of the most beautiful things about the stage where I am now is knowing that I’m not flying alone. I’m part of a kaleidoscope, a community.

All of us who love books, we are all in this fight together—as writers, as readers, as human beings. We can use language and we can use literature to speak up, to advocate, to inspire, to create, to fight, to heal—but most of all—to transform ourselves and the world in which we live.