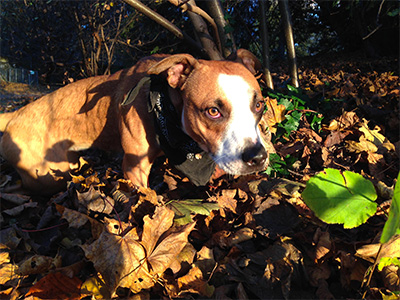 We were in the dirt lot throwing the football when Uncle Sonny pulled up in his Chevy truck, nearly killing all three of us—my two older brothers and me—and flooding the front of our house with brown dust. Sonny got out of the truck. He couldn’t get over how big we’d all gotten since he’d last seen us.

“And check the camper,” Sonny said through his beard and dark glasses, making tracks in the dirt with his boots. “See if I didn’t bring you all anything from Mexico.” He disappeared in the dust toward our house. The screen door slammed like a rat trap. I didn’t know what stone drunk meant, but that’s what Sandy and Pat called him.

Sonny was standing by the kitchen table. Mom had come down the stairs because of all the noise, and now she was wringing her hands together and asking if Sonny was hungry.

“I haven’t eaten in days,” Sonny said like he wasn’t joking.

Sandy and Pat had stayed outside, but I followed Sonny’s boot tracks through the dust. If he was stone drunk, I wanted to see where the rocks got him.

“Now this little dude’s gotten big.” Sonny took out a blue pack of cigarettes from his jacket, the ones like my dad used to smoke before he quit, and looked at mom.

“Outside,” she said. “Smoke outside.”

“Wanna see the dog?” Sonny put one on his lip and checked his pockets for a lighter. Mom crossed her arms. Sonny made back for the door, grabbed me by the arms and flipped me on his shoulders. Past the screen door, I could see that the dust had sailed off into the sky, the lot was clear. The football was laid next to a cracked tire and three small shrubs. The three of us went outside, Mom very last while Sonny made whooshing noises and held my arms like I was flying. Then he dropped them and started patting his pockets again. For two seconds I thought I’d fall and crack my head until Sonny lifted the lighter up to my eyes: “This is your captain speaking. Who wants to light my cigarette?”

Mom uncrossed her arms and took me off of Sonny’s shoulders and put me down. Sandy and Pat were across the lot looking through the camper window, tapping the glass and ducking down to hide like it was the funniest thing that had ever happened to them. I asked Mom if I could go see too and she pushed me back into the house with her leg. A little while later Sonny came back inside smelling like my dad used to smell before he quit.

In our kitchen I had this good spot under the table where I could crawl under the table cloth and hold still, breathe really soft, until whoever was sitting at the table forgot I was there. Like when my dad would come by on Thursdays I’d get under there and listen to Mom and him talk. And when my brothers got in trouble I’d listen to them get yelled at, watch their feet move, their knees touch then separate. Mom and Uncle Sonny had been talking for a while. I liked listening to adults talk the most. I liked listening to the adults talk because they talked to each other so seriously, like they had the most important stuff to say, like you’d think one adult was stuck on repeat telling the other that their father was dead and then one of them would laugh for no reason.

Sonny was saying some stuff about his truck breaking down. Then about a friend of his and I started to drift off the conversation until Sonny mentioned the dog. My ears perked up. I had wanted a dog for a while but all the strays, my dad used to say, had rabies, and all the ones at the animal shelter, my dad had said again, weren’t anything but strays locked in cages. But Sonny went on about how this dog could do anything. He said that Moses was a show dog. He won Moses off some drunk Mexican circus performers at a bar somewhere with a long name.

“How long were you out of the country?” Mom said.

“You crossed the border with a dog?”

“I said, ‘Play dead Moses.’ Then I threw a blanket over him.”

Mom’s feet were pressed together at the ankle. I could see her hands gripping her knees, one hand with a green-blue vein. “Tell me that was the only thing you had to throw a blanket over.”

“I only got the one blanket,” Sonny said. Then his voice changed, like someone else was in the room and started to talk even though I knew it was Sonny. “Jesus it’s dinner time. What the hell am I thinking, holding you up. I better go.” Sonny’s boots set themselves in the kitchen tile, the chair legs scraped back and away from the table. “You probably have to start dinner or something and Joe will be home soon. I’m sorry for dropping in like this. I know we’re family, but still, but still, you know—”

The screen door popped then slammed. I heard my brothers’ footsteps and voices.

Sonny fixed his voice. “What did you two think? Did you let him out to run around? Did he do any tricks for you?” Sonny extended his legs and got me hard in the shins with both his boot heels, putting me on my back.

“Don’t apologize. You’re my brother and you shouldn’t have to apologize.”

I’d seen some pictures of Sonny in old family albums that Mom kept by the TV. Yellow-edged pictures with thin plastic covers over them. Sonny without his beard, smiling, wearing plaid pants or leather pants with a white belt and boots. In other pictures he had a seashell necklace that looked like it was choking him even though it was probably a regular necklace and Sonny had always been a big guy with a big neck and big hands. On Halloween last year my brothers told me a story about how one time at a bar in Austin, Texas, a long time before I was born, Sonny got in a fight and almost killed three guys.

“Gouged one guy’s eyes out with his thumbs,” Pat had said. “And when the other guy came at him, Sonny put him in a headlock and took the poor dude’s tongue with his index and thumb, pulled it right out of there.”

“He keeps it on a string,” Sandy said. “He ran a hole through it and wore it around for a little while. He showed us one time. That’s when Sonny was fucked up and into blood rituals and stuff like that. Not so much anymore.”

“Sonny has this huge scar on his neck though because the third guy jumped on his back and starting biting his neck.”

I said, “What happened to him?”

“I don’t know. I’m pretty sure Sonny killed him too.”

“You serious? Your mom took you outta Catholic school?”

“I can’t believe it.” Sonny looked at the brown and black mountains in the distance. “Don’t worry about it. I didn’t spend a single day in Catholic school.” Then Sonny said to himself: “What the fuck do I know about Moses?”

Sonny was watching the dog roll in the dirt. “This is the only Moses we got.”

The screen door snapped shut and Mom came out with a bowl, a little water slopping over the edge and spilling onto her jeans.

“Hey Irene! You took this kid out of Saint Whatever’s?”

She put the bowl down on the dirt and smoothed out her jeans. Moses started in on it.

The sun was dipping beneath the mountains, blood-red rays of light streaking the tops of the white-and-brown tiled houses on our street, the floating football—at its highest point—momentarily sunstruck and then put out. Sonny lit another cigarette. “So what do you think? Moses likes it here. Just hang on to him for a little bit.”

“I need to get some stuff straightened up here in the city and I don’t know if I can hang on to Moses right now. I don’t exactly have a place for him to stay. It’ll just be for a little while.” Sonny kicked at some dirt with his boot and winked at me. “Moses SIT.”

The dog tilted its head and started to bark.

It laid on its back, started to kick its legs in the air. Then it got up. The dog trotted a few feet away and began pissing by a dry bush.

Mom said, “Sonny. Take care of what you need to take care of. Yeah, whatever. Leave him here.”

“It’ll only be for a little bit, I swear. He only pisses outside, see?” Sonny squatted on his knees. “SIT BOY. We gotta impress these folks.”

The dog walked back to Sonny with its tongue out. This time it did what it was told.

Sonny put out his cigarette and hugged mom. He hugged me and then lit another. It was getting dark. Mom and I went inside but I climbed up on the counter and watched through the window. Sonny threw the football with my brothers for a few minutes. Then he put his thumbs in his belt loops and leaned on his truck, laughing with Sandy and Pat and talking to the dog in the blue darkness, in total silence as if in slow motion until he started the engine and the world was rocked by a great roar of light.

That night we tried to get the dog to do some tricks. When nothing happened we put on the TV. Mom made dinner. For the next few weeks, even though we didn’t want to, little by little we got used to calling it Moses.